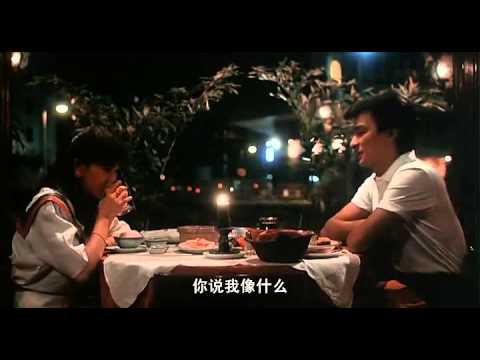 This movie is the sequel to the very successful “Lonely Fifteen”(靚妹仔, 1982), which received several nomination at the second HK film festival, and good box office. I haven’t seen “Lonely Fifteen”, but my guess is that one is likely better than this sequel.

It’s mostly about a girl named “P.K.” (Irene Wan). She grew up in a poor family and got pregnant at 17 and her boyfriend left her. She had to take care her family after her dad went to prison, so she became a “dancing girl”/escort in a night club. One day she saw the old BF and she stabbed him and went to prison. After being released from jail, she continued working in the night clubs. By chance she met this young doctor (a very innocent and good looking Andy Lau), and he fell in love with her.

Since the only reason I watch this movie is Andy, I am only posting Andy’s scenes here. Irene Wan did a pretty decent job in this movie, but overall the story is unoriginal and a lot of scenes seem forced.

Part 1 is about the chance meeting between the two. They have previous met briefly when they took picture with a foreign tourist. This is their second meet, and Andy wants to give her the picture. They end up having dinner together.